Get to Know Your Students' Union

If you had asked me in my first year of college who was on the Students’ Union I couldn’t tell you. I had a vague idea where the office was but honestly I hadn’t a clue what they did. For myself it wasn’t until I joined societies that I even had any interaction with the Union. From then I started to learn and see what the Union actually did. At the end at my final year I was elected to the full time position of Welfare and Equality Officer.

That year as a Union we became concerned of accessibility around the campus. There were many concerns with the older buildings and also a newer building that was home to the student services. This particular building had the disability, counselling and access service offices but had no accessible doors into the building. We wanted to ensure that every student could access this building independently and access the services provided. We began a year-long campaign to have accessible doors installed. This involved many meeting with senior management, reaching out to local government representatives and getting the students involved by putting pressure on the college.. The accessible doors were eventually installed in August 2019 just before the new students came back. This is only one example of the power a Students’ Union can have within the college. A college is nothing without its students. Your lived experience should shape the policy and campaigns that your Union work on and spend their time on.

The majority of Universities and Institutes of Technologies across the country have a Students’ Union. Once you are a student of that college you are automatically a member of the Union. It depends on the Union itself but most Unions will have a full time paid President, Vice President for Welfare and Vice President for Education. Part-time roles can include Equality, Disability, Ents, LGBT, Clubs and Socs etc. The Students’ Union is elected by the students and are there to act on behalf of the students.

From an outside perspective it can look like the Union is just there to provide the party and give out free condoms. Which they do but there is so much more going on behind the scene. Your officers will sit on committees across the college ensuring that the student voice is being heard. This is where real change can happen. If you have an issue or ideas for change tell them. It can seem daunting walking into the office but your officers were elected by the students for the students. They want to hear your ideas, your concerns and your feedback. It could be about small issues around your course or college facilities or about bigger national or international concerns. If there is something that you feel they should be spending their time on then mandate them to work on it. Most colleges will have a class rep council meeting every month for all class reps. This is where you can bring any issues and ask the other reps to vote and mandate (Instruct) your Union to work on these concerns. Most importantly don’t be afraid to challenge or question them. They are representing you and your needs while at college.

College can be a difficult time for many students. Don’t be afraid to say you are finding it tough. Loneliness and finding it difficult to make friends is a lot more common than you would think. Find a society, link in with the counselling supports or talk to your Students’ Union.

There is an endless list of what your Union can do for you. They can assistant you on your SUSI grant, accommodation, mental health, sexual health, changing courses, filing a complaint, registering with the disability and access services, financial issues, awareness campaigns the list goes on. Know who your Union are, follow them on social media and get involved.

Have fun, be safe, get angry but be productive and make change happen. 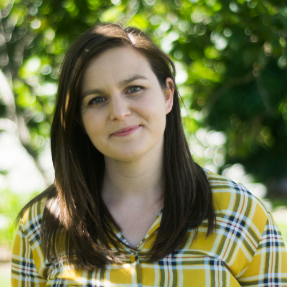 Niamh Grennan graduated from IADT with an honours degree in Business and Arts Management. She is currently employed as a WAM Project Officer with AHEAD. Previously, Niamh was the Vice President for Welfare and Equality on IADT Students’ Union, which encompassed supporting and campaigning for third level students in the areas of mental health, sexual health, finances, accommodation, equality and diversity. Her experience in these areas has given her a passion for equality rights in particular disability and LGBTQ+ rights.