AHEAD Report: How Many Students with Disabilities are there in Higher Education?

A new report released by AHEAD has found that there are now over 9000 students with disabilities in Higher Education, representing 4.6% of the total student population. This figure is up from 4% in last years corresponding report, the biggest rise since we begun recording this data annually in 2008/9.

The report entitled 'Numbers of Students with Disabilities Studying in Higher Education in Ireland 2012/13' is available below in PDF format and this year we have introduced a Data Centre with interactive graphs, bar charts and maps giving you control over the information you want to view and allowing you to mine deep into the data. We have also produced a graphic summary for the visual learners among you - see below.

Go to the Data Centre

Contact us to get this report in .doc format.

Check out our graphic summary below: 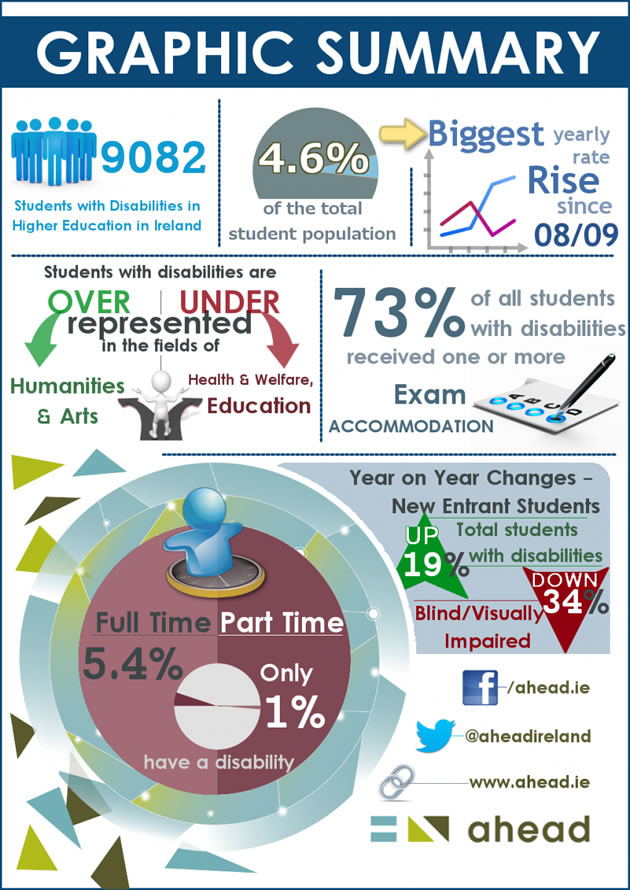