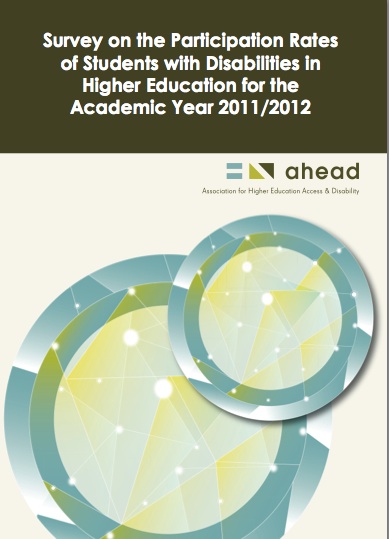 The report identified almost 8000 students with disabilities in the responding institutions, representing 4% of the total student population.