New AHEAD research has shown that for the first time since records began, students with disabilities now make up over 5% of the total student population in higher education in Ireland. In real terms, this means that in an average university lecture hall with 20 rows seating 400, there will be on average one student with a disability sitting in every row and 20 students with disabilities in a full lecture. Amongst the 6 recommendations made in the report are the building of a learning environment that embeds flexibility and equality into learning and assessment practices in higher education, and the extension of access to funding for educational supports for students with disabilities to those studying part time courses.

Get the full PDF report>> 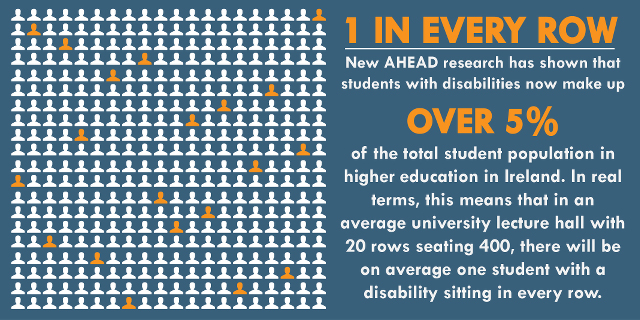 Below is a summary of the key findings in the report:

Get the full PDF report>>