If 21 is still regarded as a significant birth-date, a coming-of-age, then the ninth triennial conference organised by the University of New Orleans and hosted by the University of Innsbruck in July 2013, marked the arrival of “adult status” for the event. Being one of just two or three people who have attended all the conferences since the first in 1992, perhaps it is time to reflect on this most recent event.

When the call for papers was made, it was very encouraging to receive proposals from almost 30 different countries, the biggest number I can remember. Inevitably, things happen between submission, acceptance and actual attendance at the conference, and some of those invited to lead sessions were unable to be present. That said, the sessions delivered involved 20 different countries and four of the five continents. It remains interesting to witness the different stages where policy and provision for disabled students have reached in the countries represented. Since 1992, it is clear that progress has been made but the universality of the remaining challenges faced by disabled students and those working to support them is striking – as is the lack of effective responses to meeting these challenges. We have yet to find answers to the same questions – a comforting thought. 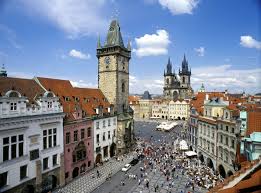 To offer some flavour to these notes, I shall say something about the sessions I attended and which had an impact on me. There were many sessions about universal design but the one which impressed me most was by Bill Sharpton of the University of New Orleans with its focus on engaging members of teaching staff in various faculties in inclusive pedagogy. From the technology stream, the work done in Croatia by Marijan Jurasic and Nikola Glibo was a demonstration of how they have developed an Android application to find interesting locations and to provide accessible routes to them especially for blind and visually-impaired users. For me, this had great potential and could be extended to include physical access and barrier free routes for people with impaired mobility. Turning to consider disabled students and specific study programmes in third level education, Victor Krymsky of the Ufa State University in the Russian Federation explored their approach to the subject of travel and tourism. Finally, the presentation by K.S. Chetan about his experiences as a student with a severe speech impairment demonstrated how he could make his thoughts and experiences available to others through use of appropriate technology.

There was also a poster session held over a lunch break on the third day of the conference. The information stands covered a wide range of topics. The one which fascinated me most was the use of Shakespeare’s management and leadership secrets applied to a disabled students’ support centre at Uludag University in Turkey. Indeed, I was so taken by the posters and my conversation with the representatives that I bought the book from which they have taken their approach.

Following the first ever Innsbruck conference in 1992, Betty Aune wrote a description of the event for inclusion in the Journal of Post-secondary Education and Disability (the journal of AHEAD USA) and it is interesting to reflect on what has changed. The number of delegates in 1992 was small but numbers grew as feedback about the quality of the event spread through the sector in different countries. In 2013, the numbers present were similar to those present in 1992 but in fact attendance has peaked and declined, sadly. I think this is because of several factors such as the overall lack of funding in many countries, the rising costs of travel, accommodation and the essentials of daily living and also, given that the conference always takes place in late July, hard-pressed staff are increasingly unwilling to give vacation time to work-related matters.

Considering the format of the event, at the first conference there were more formal plenary sessions at the start and finish of the event. That structure of a starting and finishing plenary remains but at the first event, the opportunity had been created for delegates to work in small groups to evaluate the conference and to have their views made known at the final plenary. I do wonder whether this is a more effective approach than asking that evaluation pro forma be completed. Also, I would love to see additional plenaries – perhaps one for each day of the conference – which would be addressed by a significant figure in the world of third-level education and disability.

If the previous comment is seen as having a negative tone, more positively it is pleasing to see an increase in the number of sessions that take the form of interactive workshops. In the early conferences, there was a little too much of the “show and tell” approach. I think there is still scope to ensure that more sessions become interactive and demonstrate the application of principles underpinning effective learning such as the active participation of all those present. Otherwise, each day at the conference becomes a series of presentations – with too many opportunities for the boredom factor to get to work.

Perhaps, colleagues might be willing to be more interactive in their sessions if they were given longer sessions. This is not an easy matter to resolve. Following the call for papers, it has been very encouraging to see the number and quality of responses. So, in order to give the chance to present to as many people as possible, the length of sessions has had to be adjusted. A maximum time of forty-five minutes is hardly adequate to set up an interactive workshop and it is almost impossible to do so when sessions have only thirty minutes. In some ways, it is a question of quantity v quality.

In closing I would encourage as many colleagues as possible to give serious thought to attending future conferences in Innsbruck (the next is due in 2016). Ireland has always had a strong presence (and indeed in 2013, Ann Heelan was the recipient of the Myriam Van Acker Award, a mark of the esteem in which individuals are held by colleagues in many countries and which is presented at the opening plenary) and I hope that this continues following the invitation to AHEAD to join the small organising group. For me I would describe the Innsbruck conferences as having the happiest, friendliest, and most relaxed of atmospheres of any conferences I have attended in my thirty year career. As with all conferences, a lot of what is valuable takes place outside the formal sessions and certainly hot and sunny Innsbruck allows for plenty of opportunity to engage in an active “social” programme, according to what you like – going up mountains in cable cars, visiting lovely country villages at the extreme ends of the city’s tramways, or just sitting and having a beer putting the world right with like-minded individuals.

Go Back to Newsletter Home>>

1. A Tribute to Patricia Kearney

2. Accreditation – A New Route to QA

3. Disability in the Health Sciences

4. Teaching and Learning at the Gallery

5. Students with Disabilities on Placement

6. What Kino Screen Reader Can Do

8. AHEAD & Transition to the Workplace

10. Noticeboard – Talk of the Town